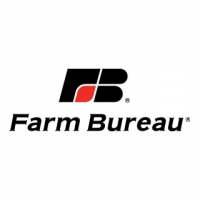 The American Farm Bureau Federation is a national lobbying organization for agricultural workers and farmers with independent branches in each state. Each of the 50 states has its own Farm Bureau branch with its ow n policies. Most of the 50 branches offer their members unique benefits like discounted insurance and investment options, and this is where “Farm Bureau” branded auto insurance comes from.

The Farm Bureau movement began in 1911 when a Cornell University graduate represented a group of farmers at the New York Chamber of Commerce. From that point onward local bureaus began springing up at counties throughout the United States and eventually the American Farm Bureau Federation (AFBF) was founded in 1919. The AFBF is a lobbying organization that was created to make farming a more profitable business and offer its members unique benefits that improve their lives.

Each of the 50 states has its own separate Farm Bureau that serves that particular state independently, and the collective group of 50 is organized under the AFBF. Most of the bureaus refer to their auto insurance as “(Statename) Farm Bureau Auto Insurance” or a close variant thereof – even though the insurance companies vary from one state to another.

Discounts depend on the state and the company underwriting the policies. Nationwide will offer its own unique discounts for the states where it sells Farm Bureau branded insurance, while FBL Financial Group will have their own set of discounts for their 14 states, and so on.

As each state has its own requirements when it comes to minimum liability insurance, there are differences in the coverage options offered from one state to another. Information on coverage can fairly easily be found by going to the state’s bureau website and clicking on any link to that can connect you to an insurance agent.

Customer reviews vary based on the state. Even in states that were highly rated by J.D. Power there were some customer complaints, however due to the smaller and more specific focus of Farm Bureau auto insurance there were not that many reviews in general.

Farmers or farm employees and other drivers who are interested in their state bureau's auto coverage should check reviews from J.D. Power and customer reviews. In some states like Tennessee and Texas getting a Farm Bureau auto policy would probably be a good idea because of the great third party reviews for those states, but every state will be different. Your best bet is to compare insurance from multiple providers rather than just one at a time, and if you need insurance you can do this now by entering your zip code on the form on this page.