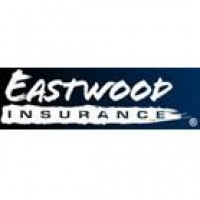 Eastwood Insurance, which is now sold through Titan Insurance, offered policies to non-standard drivers such as those who have had difficulty getting insurance from other companies due to a poor driving record, DUI convictions, multiple accidents or other issues. There are now a variety of discounts available for Eastwood Insurance through Titan, as well as some unique coverage options. Eastwood is now owned by a financially secure company and may be worthwhile to consider for those who need insurance and who have had trouble getting insured from other providers.

Eastwood Insurance was an auto insurance company based out of Fullerton, California and was founded in 1989 as a company that offered insurance options to high risk and non-standard drivers. In 1997 the company was fined for using unlicensed employees to transact insurance, and in 2005 the company was subject to an unpaid overtime lawsuit. Eastwood was recently acquired by Titan in 2007, and Titan is owned by Nationwide.

Eastwood sells insurance in four states: Arizona, California, Texas and Nevada and it sells auto, motorcycle, RV, homeowner and commercial insurance. At the time that Eastwood was purchased it had assets of $217 million and 420 employees. At the present moment Titan sells insurance in 23 states and specializes in selling insurance to non-standard and high risk drivers.

After Titan acquired Eastwood, Eastwood mostly ceased operation as an independent brand and is now sold as Titan Insurance except for a few branded offices in some locations. Titan Insurance is rated A+ by A.M. Best with a “aa-“ credit rating and a stable long term outlook.

Eastwood/Titan offers a number of discounts that are listed on the Titan website including the following:

The availability of these discounts will vary based on the state, but the four states where Eastwood offered insurance are still part of Titan’s 23 insurance markets.

On the Eastwood/Titan website there are some details about the types of coverage that are offered. The coverage offered includes the following:

There are also some extra unique supplementary insurance options available such as:

The EastwoodInsurance.com redirects to the Titan insurance website. Consistent with Eastwood’s insurance offerings, Titan sells insurance to high risk drivers but in a larger market.