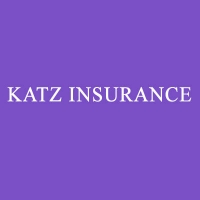 Katz Auto Insurance was a Baltimore Maryland area high risk auto insurance company that was closed down after an investigation found that it was participating in unethical and illegal business practices. The company was selling insurance through unlicensed brokers and an independent investigation found that money was being diverted into the personal accounts of the former owner, Hal Katz. Eventually he lost his license to sell insurance in the state of Maryland and the company was renamed to EZ Insurance. He owned three firms, and his licenses to conduct operations for those firms were revoked, with two of the firms (Interstate Auto and Insurance Payment Plan, Inc.) being liquidated.

Katz Auto Insurance was a Baltimore, Maryland based insurance company headed by Hal Katz that had its license revoked in 2012 due to mishandling of premiums and selling insurance through unlicensed agents. The investigation began in April of 2012 when Interstate Auto was examined, and investigators made a few surprise visits to Katz owned agencies where they found that policies were being sold by unlicensed brokers.

Katz was involved in three different business operations: Insurance Payment Plan, Inc. (IPP) which offered financing options to people who could not afford insurance, Interstate Auto Company, and Katz Insurance Agency. In June 2012 he sold a 50% stake in Interstate Auto to The Woodlands Financial Group. Insurance Payment Plan Inc. was owned by creditors who were owed $8.5 million by Katz, and they filed a lawsuit against him claiming that he diverted money from IPP for his own benefit. Eventually IPP was forced into an involuntary bankruptcy and was liquidated.

He was locally known for his offbeat and quirky commercials and for selling insurance to high risk drivers. The company was rebranded to EZ Insurance at some point, EZ Insurance operates some of the office locations that were formerly Katz Insurance locations. Former customers can still contact EZ Insurance for help or information about insurance options.

Since the website is down it is not clear what discounts were formerly offered by the insurance company. At the moment there is no information about discounts on EZ Insurance’s website, but interested customers can call to find out.

The website was taken down after the investigation in 2012, however EZ Insurance maintains a basic website where customers can get a free quote and get information on office locations.

We could not find any reviews of the company online. 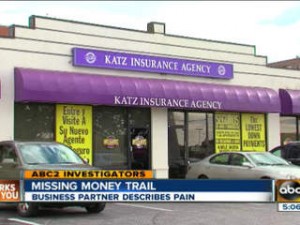 Since Katz Insurance is no longer in business, those who are looking for auto insurance from a Katz branded company should look elsewhere, however as mentioned previously there are still local coverage options being offered by EZ Insurance. Those who are seeking high risk auto insurance can still get quotes from EZ Insurance or from other local and national insurance providers. There are still many affordable options available for those who may have had difficulty getting insurance coverage in the past, and the best recommended option is to compare rates from more than one high risk insurance provider. If you happen to be looking for auto insurance now you can get rates from multiple providers by entering your zip code on this page.